The rolling scour of the wind through the treetops did not let up through the night. The rain has gone and the sun was back.  It was so very cold that by the time we broke camp  my hands were frozen. We were not in direct wind it was just very, very cold.  As we headed off on the trail we could see why, the ground was frozen and as we walked it crunched underfoot. The ground stayed frozen till almost mid-morning.

We had to go around a mountain know as the Nipple. It is devoid of vegetation and was exposed to the strongest and coldest wind we have experienced in a long time.  Most of the morning we battled the freezing cold wind and quite a few icy snow patches.  It was not fun.

By the time we reached the Elephant’s Back which we had to go over, Hammer was feeling shattered mentally and physically. We stopped for a muesli bar before starting the ascent and crossing the several  steep, icy snow patches. Very slowly we made it over the ridge and we were going to look for a spot out of the wind to take a longer break. 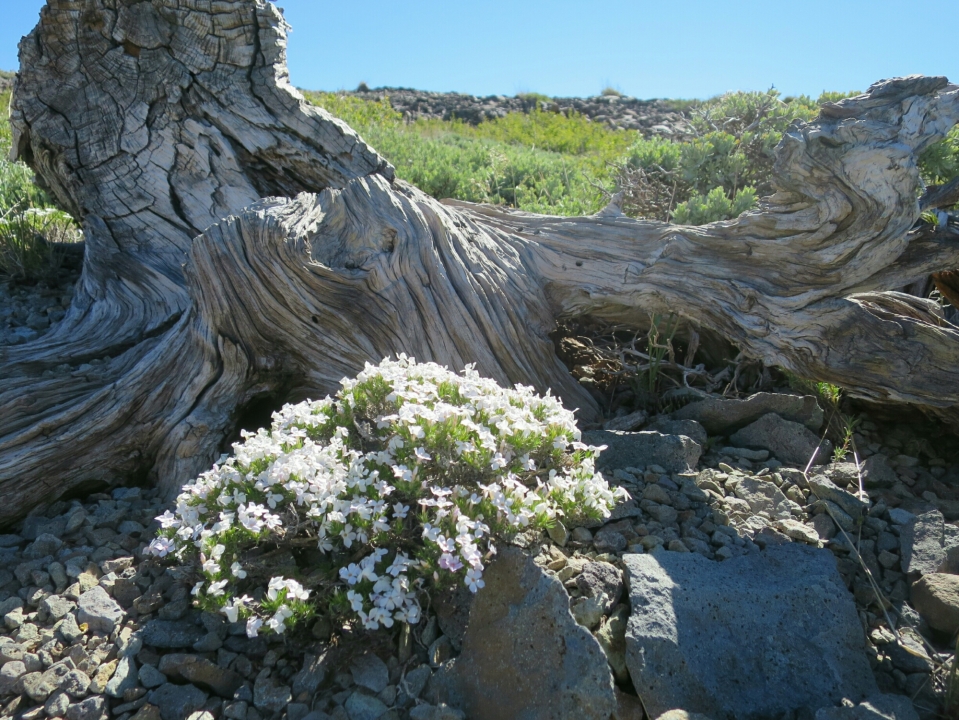 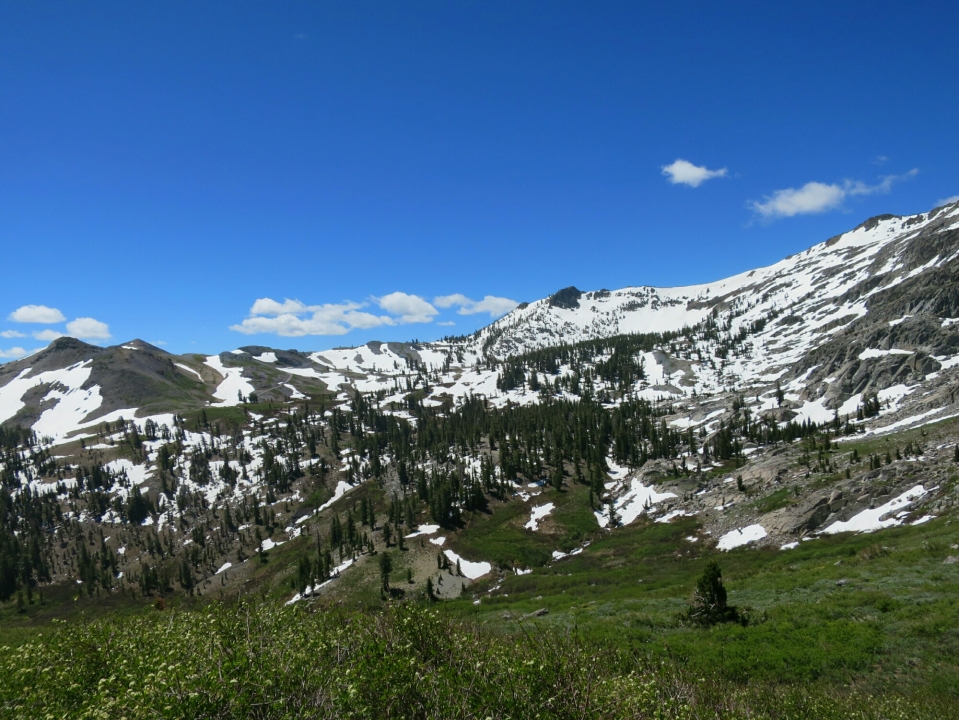 On the way up Elephants Back

Just over the summit we bumped into a couple out for a day walk. We stopped for a chat, one had hiked a section of the PCT. This encounter was enough to get Hammer out of his slump. The downhill to Carson Pass also helped.  We passed quite a few groups of day hikers. It was great to see so many folks out. We felt we had emerged from the wilderness.  On the way to Carson Pass we met a volunteer ranger who told us to visit the rangers office and they will give us a hot drink. We dared not hope for trail magic at the Pass but it turned out to be so. The volunteer rangers made us a hot mocha and gave us a box full of sugary treats to help ourselves. I had my first ever Twinkie – delicious. They also had bananas, oranges, carrots and cold drinks. We were being treated royally. Another hiker – No Spoon – caught up with us. We were all in sweet treat heaven, it was getting hard to leave.

Carson Pass volunteer rangers. Thank you for everything

We spent over an hour sitting by the fire, enjoying a hot drink and a sugar fix.  Outside Hammer met some distance cyclists and now I was sure we would never leave. No Spoon got tired of waiting for us and took off, eventually and reluctantly we followed.

Lake Tahoe in the distance

A mile or two  outside of Carson Pass we started to encounter snow and we stayed in snow for the rest of the day. We were led astray twice by footprints which went off trail. A lot of wasted time, energy and daylight. We could not get out of the deep snow and forest before dark so we had to make camp in a clear bit of ground we found. Today has been by far the coldest day hiking on the PCT. And that wind was something else.

← THE HILLS ARE ALIVE
INTO SOUTH LAKE TAHOE →

8 thoughts on “A COLD WIND BLOWS”